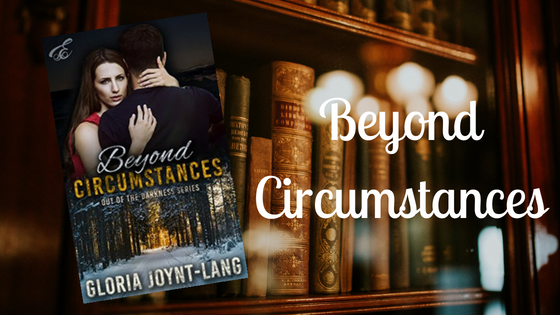 I was so impressed with this book! Really refreshing, the mix of topics were blended together so beautifully that I devoured it in only a few sittings!

Dr. Lexie Draden didn’t want to leave her successful career as a surgeon in Chicago, but she didn’t have a choice. Her family needed to heal, and as long as she was around, it wasn’t going to happen. While adapting to her new community, she meets Zak Tifour, a man as intriguing as he is handsome.

Most of the small-town residents view Zak as a man who likes his privacy, but to a select few, something doesn’t seem right. Long-time resident Cicily McQuay believes she has the key to the man’s odd behaviour – a link to terrorism. After all, he just isn’t the type of man who belongs in her community. But to belong, you need to be welcomed; something Cicily has never extended to Zak.

Zak knows plenty of terrorists and has even lived amongst them, but not like Cicily suspects. Escaping from a lifetime of bloodshed and regrets, he attempts to distance himself from the quirky townsfolk; people unable to comprehend boundaries. It appears to be working until he encounters the town’s new attractive doctor. Even though his secrets run deep, she ends up trusting him with her heart. But trust is fragile, and when Zak gets drawn back to his old life, Lexie must decide whether he’s a dangerous man or a broken hero.

Wow, where to start? Beyond Circumstances hooked me in! The storytelling was just the right about of description and pace, which I found can be a struggle for emerging authors. The MC Zak and Lexie were a great mix. As an American-Muslim Zak struggled with being treated differently by ignorant white Americans. It was refreshing to read a book with subtle hints of what is happening in today’s social climate. Lexie was very sweet, yet she was strong in the face of emergencies. Neither MC personalities rub me up the wrong way and I could imagine meeting a couple exactly like that.

I really loved the supporting characters such as Margo and Omir, I hope that Joynt-Lang will make this into series as it has the potential to turn into a trilogy at least! Lately, I have been reading novels that have great MC’s but the supporting cast let the story down.

Overall I was really happy to receive this book, such a pleasure to read! 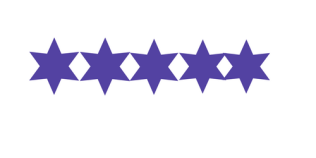 Buy it on AMAZON

Becoming the Girl with a Rabbit

In grade one, I drew a picture of a rabbit. Not an ordinary bunny hopping through the meadow, but a well attired animal donning a top hat. Adding an extra splash of brilliance, I jutted a couple of daises out of the formal hat. My grade school paper featured my drawing on the front page. To a six-year-old, this was big time. Admittedly, I don’t have a good recollection of my childhood, but this I do remember. I’m sure my parents were overcome with glee when I took my first steps, but this was the first time I was aware of being responsible for joy on my parents’ faces. Their youngest daughter, a child who struggled with catching a tossed ball, had talent.

When I reached the seventh grade, I realized my artistic abilities hadn’t grown like the rest of me. Sitting alongside kids who could draw human faces, I knew my aspirations to become the next Rembrandt were over. Back in those days, drawing a face which actually resembled a person, meant you were good. Not to say that I would have been good at abstract art, but it was clear teachers wanted you to draw what was easily recognizable. As I shuffled down the school hallways adorned with my classmates’ meticulous drawings, I knew I would take an incomplete on my art project. Recovering from a failing grade would be easier on my fragile ego, than the humiliation of having my work shown alongside others.

With a career as police sketch artist firmly not in my future, I gave up drawing. But the tug towards something creative still nagged at me, and for several years I struggled with finding an avenue to express it. As a clumsy teen who couldn’t keep a beat, dance lessons were off the table. Aspirations of singing were quashed when a music teacher advised me it would be best to move my mouth, but not let the wretched sound escape. Okay, she may not have vocalized the term wretched, but I’m sure I saw the word form on her moving lips.

For a brief period, I even contemplated sculpting. But that dream vanished when my ceramic object came out of the kiln resembling an ugly paperweight instead of a beautiful vase. Without a bona fide talent, I transitioned to academics, forging my path as a mediocre student who prided herself on being an underachiever. I liked going to school, and though awkward, I still managed to make a few friends. Our close knit group never reached the top of the social hierarchy, but we were fortunate enough not to be publically shunned as outcasts. I maneuvered social situations like I did my homework; applying little effort and achieving a pass. Surprisingly, by the time graduation rolled around, my final marks were decent enough for me to land a spot in college. Likely due to a year of low enrollment, but nevertheless I was pleased. With no other viable plan, since my lottery ticket turned out to be a dud, I figured I might as well join the few friends I had at college.

Within weeks, I realized that college was definitely for me. Not only did the lounge on campus sell beer cheaper than soda, but I also discovered a passion for writing. I didn’t major in English, but I did take a few courses, as I pursued a degree in Criminology. I rejoiced in the wide choices of interesting options: classes where term papers were the norm. Researching and writing on topics of my choosing. No longer did I fear having blood vessels explode in my brain while trying to decipher phrases from Canterbury Tales. Note to high school English teachers: forcing students to study Middle English from the fourteenth century is akin to medieval torture.

Writing became the creative outlet I had been searching for. I purposely aimed for obscure topics for my term papers. Subjects that weren’t the norm, and about things I had no clue about. I was the sweet innocent girl writing about the world of Sadism & Masochism in psychology, and burial practices in cultural anthropology. Rewarded by getting A’s for my efforts, I finally discovered my passion. Even my parents were amazed at my dedication for higher learning.

Over the years, I maintained my love for writing. I always felt comfortable in front of a keyboard or with a pen and paper in hand. It’s cheap therapy, helping me to release the toxicity of anger, disappointment, and even fear. It brings me a sense of peace. It allows me to communicate more coherently and with little to no anxiety. I’m still an introvert at heart, but writing has given me the confidence to meander into the world with a sense of confidence; to meet others, and to lessen my social awkwardness.

I’ve done a fair amount of public speaking in my previous career. I’ve never been crazy about getting up in front of a crowd and hearing my voice, and at times I’ve utterly hated it. But I’ve never hated writing. Sure the words might hit the blank screen better on some days than others, but writing doesn’t get me rattled like speaking does. I think it’s because it allows me to process my thoughts, to be able to say something interesting or perhaps even a bit witty, as opposed to blurting out nonsense. And sometimes when I write, I begin to feel like that six-year-old girl with her rabbit drawing.

Gloria Joynt-Lang was born in Ars-Laquenexy, France and spent her childhood experiencing the vast landscapes of Canada. A graduate of the University of Alberta with a degree in Criminology, she devoted her career to working in the criminal justice system. She now splits her time living in rural Alberta, Canada as well as Southern California with her husband and their two dogs, a Maltese named YaHoo and Yorkie named Smookie Bijoux. Why the Yorkie has a stripper name shall remain a tight guarded secret. A lifelong nerd, she is most comfortable with a book or laptop close by except when she transforms to cool biker chick, hopping on her motorcycle for a speed limit abiding ride to the nearest bookstore.